You are going to put *that* in my latte?! 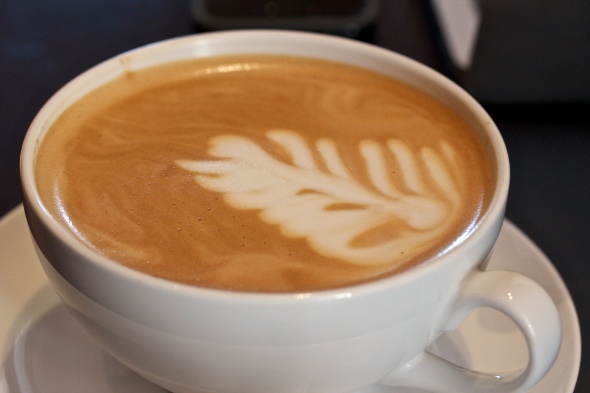 Before Christmas this year I won (via Twitter) a gift card to a place called Pound Coffee. Pound Coffee is a local shop close to the Eastern Market Metro stop that offers some good food and fantastic coffee drinks. Since the holidays were a bit crazy for Jules and I, we waited until after the new year to grab a bag and head down to Pound Coffee for the afternoon to do some contract social media work. 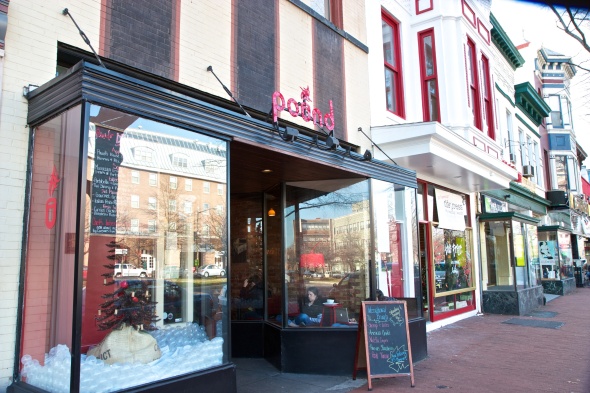 Having never been to Pound Coffee, the interior didn’t surprise me. It’s a fairly uniquely designed, locally owned coffee shop which has two main areas separated by a hallway (and basically the kitchen) where people can sit and chat/work. They have a very cool iPad register setup that uses a dock connector based system to read credit cards. I really wanted to sample as much stuff as I could, so I decided that we were going to use the entire gift card that day. 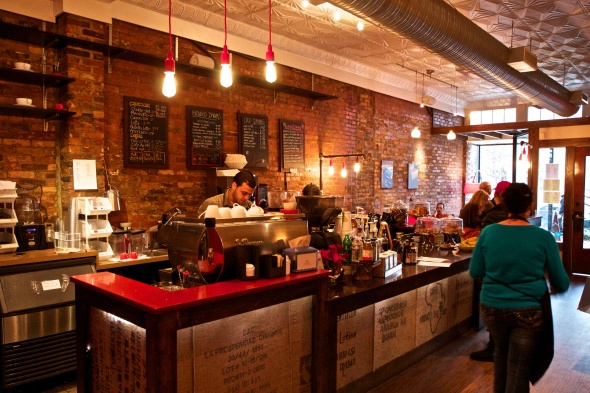 The thing that Pound Coffee is known for is their (very delicious) Nutella Latte. Yup, you read that right- they put Nutella in a latte and boy is it good! I enjoyed it so much I ended up ordering another one. It is sweet enough overall that sugar isn’t required but the Nutella taste isn’t overwhelming. It was definitely the highlight of the visit and well worth the trip. We also ordered their hummus which was very good and tried two different salads in addition to our drink orders. But our experience wasn’t all sunshine and rainbows.

Our main issue, that became evident within 5 minutes of sitting down, was the lack of good wifi. Now I understand coffee shops are busy, and wifi is a perk, but when you are traveling to the shop (like we were) to work on the internet it quickly becomes a problem.  Sadly, we learned that’s a common problem there which (on the plus side) makes it a perfect spot for distraction free writing.  In addition, we tried their salads which were fresh but we both weren’t huge fans of the dressings.  It was a couple nitpicks in an overall pleasant experience.

I definitely recommend you make the jaunt over to Pound Coffee and try (at the very least) the Nutella Latte. We weren’t able to try the Nutella scone but it also looked delicious! As you can probably tell, I’ve become a fan of Nutella since my Europe trip this fall. We had a blast and I enjoyed checking out a new coffee shop. After buying some expresso grounds for the road (and trying them at home), it’s safe to say their roasts are amazing. We will be coming back for sure.