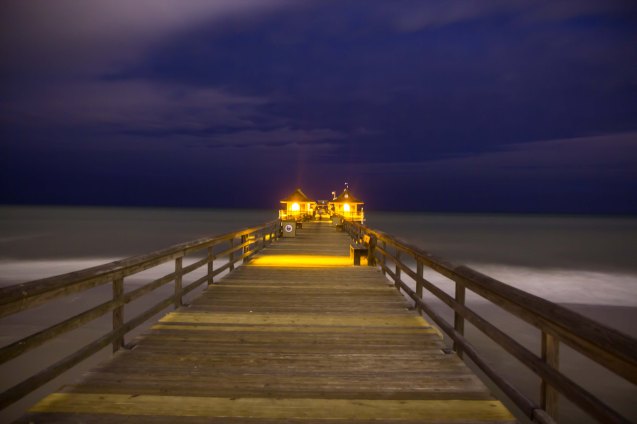 One of the hardest things to do on vacation (in my case at least) is to get up early. 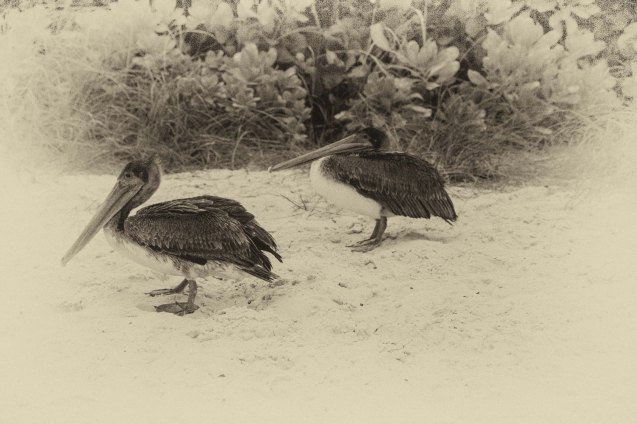 For anything. It’s brutal for some reason. One morning Jules and I dragged ourselves out of bed early to head over to downtown Naples to catch some sunrise shots on the (well known?) Naples Pier.  However, things didn’t quite go as planned. 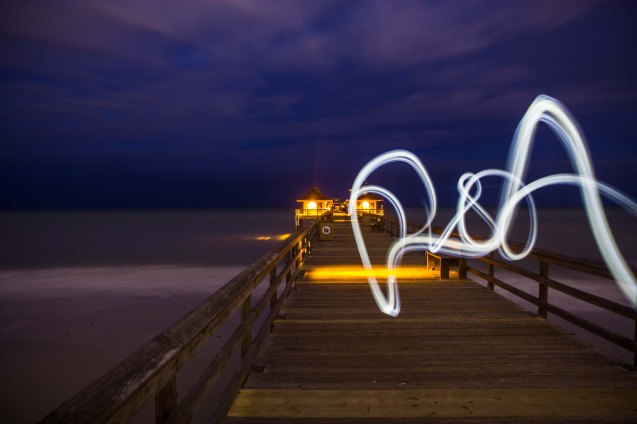 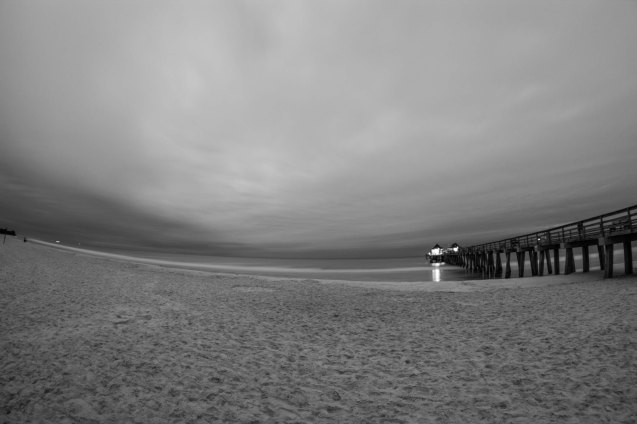 One of the perils of using a well known place so close to New Years Eve was the possibility it was going to be used for festivities. Ironically, the pier is the place that they launch fireworks for NYE, so 30 minutes or so after our arrival, we were politely told “to leave”.  By that point in time, the sun had risen enough to show us fairly thick cloud cover that would prevent us from seeing the sunrise.  I was using an app called the Photographer’s Ephemeris which tracks/calculates sunrise and sunset time, angle, and direction to help me figure out where to point my camera. 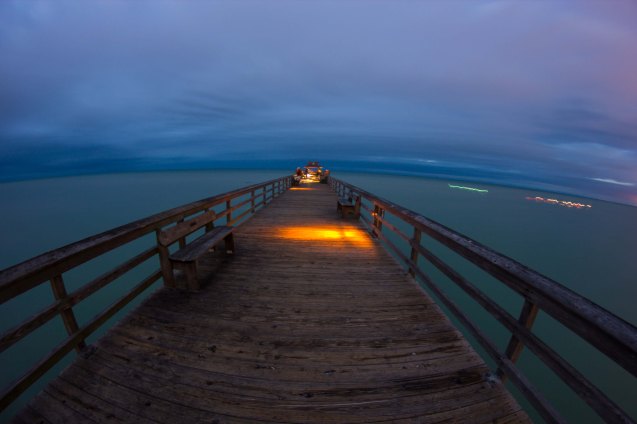 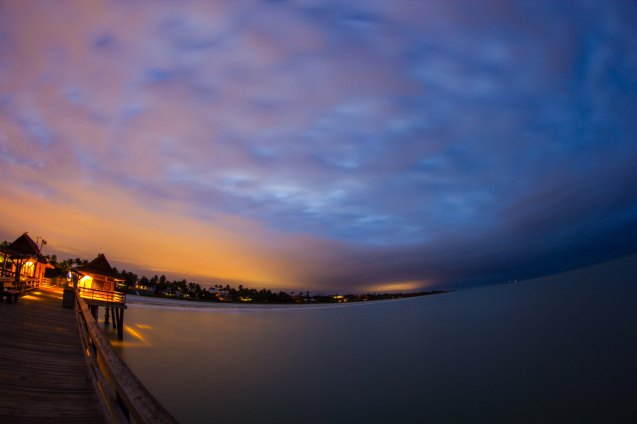 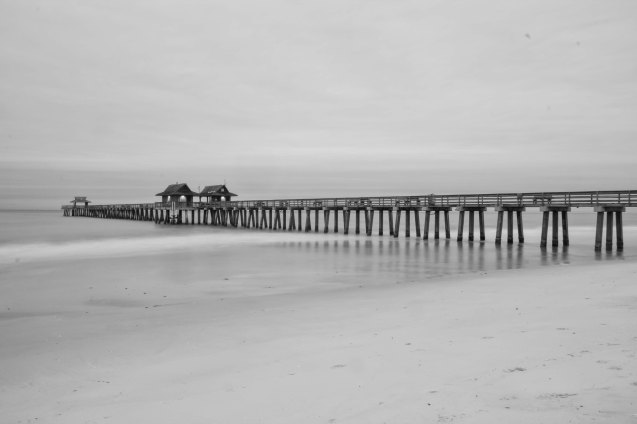 Since I knew I wasn’t going to get the fire-like sunrise I was hunting for, I turned my camera toward the ocean. Since I didn’t have a Neutral Density filter (I’ll get one eventually), I was pretty limited in what long exposure shots I could capture.  This was also the first time I used the 8mm fisheye for long exposure shots as well. 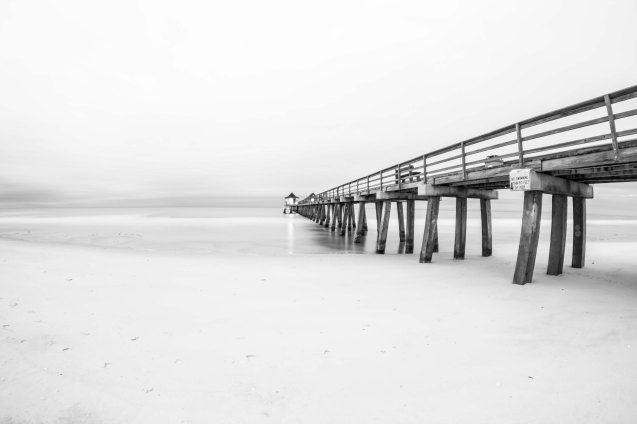 I’m really pleased with how things came out with the 17-55mm as well as my 8mm fisheye (which I’m beginning to master how to use it properly for awesome landscape shots). A couple of these are also edited with Silver Efex Pro 2 (I know, finally).

One response to “Sunrise Chasing in South Florida”