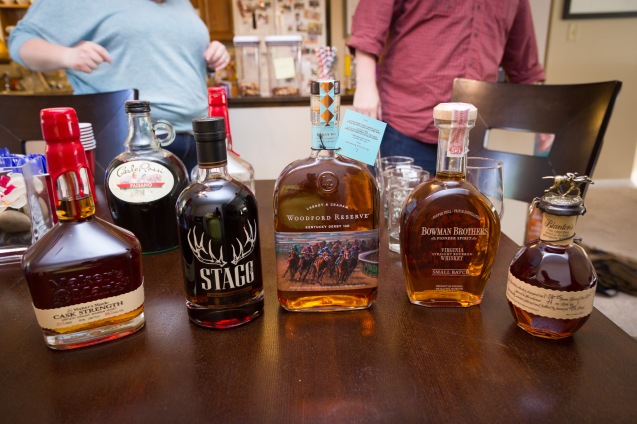 This summer (2015), Maker’s Mark came out with Cask Strength Bourbon.

Cask Strength is straight from the barrel bourbon, not cut with water to a certain proof like typical bourbon is. Because of this difference, it is treated and taxed differently. It’s also more difficult to produce since your production yield is smaller per barrel than normal. 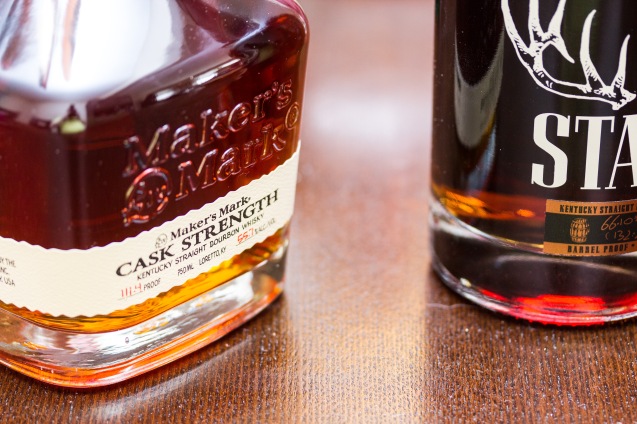 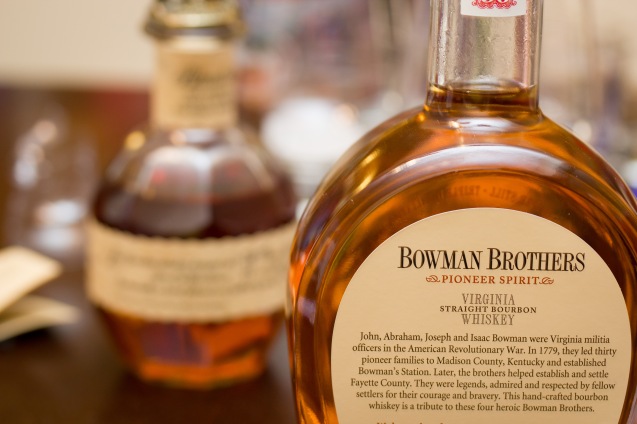 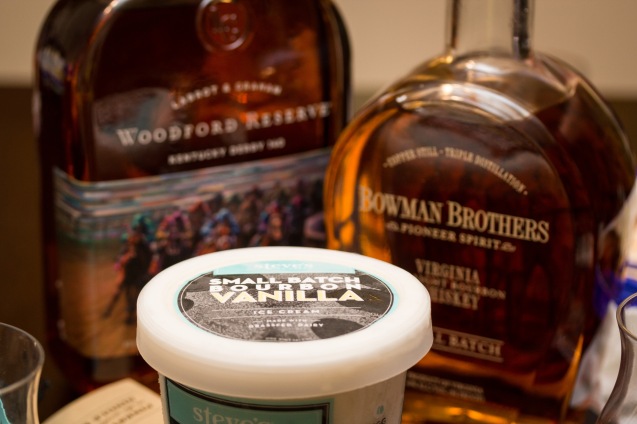 Anyway, Maker’s Mark decide to release a Cask Strength version of their famous bourbon (they would later release a Maker’s 46 version as well, but that’s a different post). Since this was a slow rollout and hard to find, both Ryan and I went searching for it to try. Jules ended up finding it down the road in our local Giant Eagle Market District. Ryan, on the other hand, was looking in Virginia. He wasn’t able to find Maker’s Mark Cask Strength, but he was able to find several other good bourbons. So we did what anyone else would do and have a tasting!

Sadly, I waited too long to actually write this post to remember how we ended up ranking them. I guess that means we need to do it again? 🙂 (No, Marcy did not get to participate in the tasting)